Most of today was spent copying my very first set of Kenya images over into Lightroom in order to back them up and to look through them with fresh eyes. When I journeyed to Lamu with Karen, Emma and Tessa in October of 2006 I was a baby traveler. Completely in awe and overwhelmed by what I was experiencing, I didn’t really know how to document it in the that I do now. I’ve been reading through some old journals and emails to try and remember as much of it as possible, and when when I saw these images today the memories started flooding back.

The airport was no more than a dirt path and was located on an island across from Lamu. The hot, wet air hit me square in the face as I stepped off of the small plane. I instantly began to sweat and I could feel my curly hair start to frizz as I walked with my red backpack off of the “runway” toward the water. A pair of dhows, Swahili style sailboats, were waiting for the passengers at the dock to take us to Lamu. Moments after boarding the dhow the sky opened up an began to rain large, fat raindrops. First slowly, hitting the sail of the dhow with dramatic “plop, plop” then faster until, finally, an all out downpour. My fellow travelers and I arrived at the dock on Lamu completely drenched and we sought cover under a thatch roof overhang. It was the kind of rain that makes one feel alive, youthful and full of energy. I don’t know if it was the rain or the fact that I was on an island in Northern Kenya or if it was the child inside of me taking over but I found myself stepping out into the rain, throwing back my head an spinning with joy.

After navigating the narrow, flooded cobblestone streets we finally located our guest house. It was charming and, I would later realize, very Swahili complete with carved Swahili doors, frangipani flowers on the pillows of the ancient canopy beds, crisp white sheets and thatched roofs that rustled with the wind. The already sparse electricity on the island was out completely due to the rain so we dried off best we could and enjoyed a candlelit dinner and drinks at the hotel restaurant. By the time we made our ways back to our rooms the clouds had parted, revealing a sky full of stars and a crescent moon.

Morning came with fresh squeezed mango juice, blue skies and the call to prayer. The four of us set out with Muhammad, or “the Chief” as he is called on Lamu. Muhammad helped us find our guesthouse in the downpour and kindly agreed to show us around the island. Stone Town is so charming and has a timeless feel about it. There are only two motor vehicles on the entire island – one for the dignitary and one is an ambulance for the donkeys. Donkeys are everywhere and serve several purposes from modes of transportation to household pets. 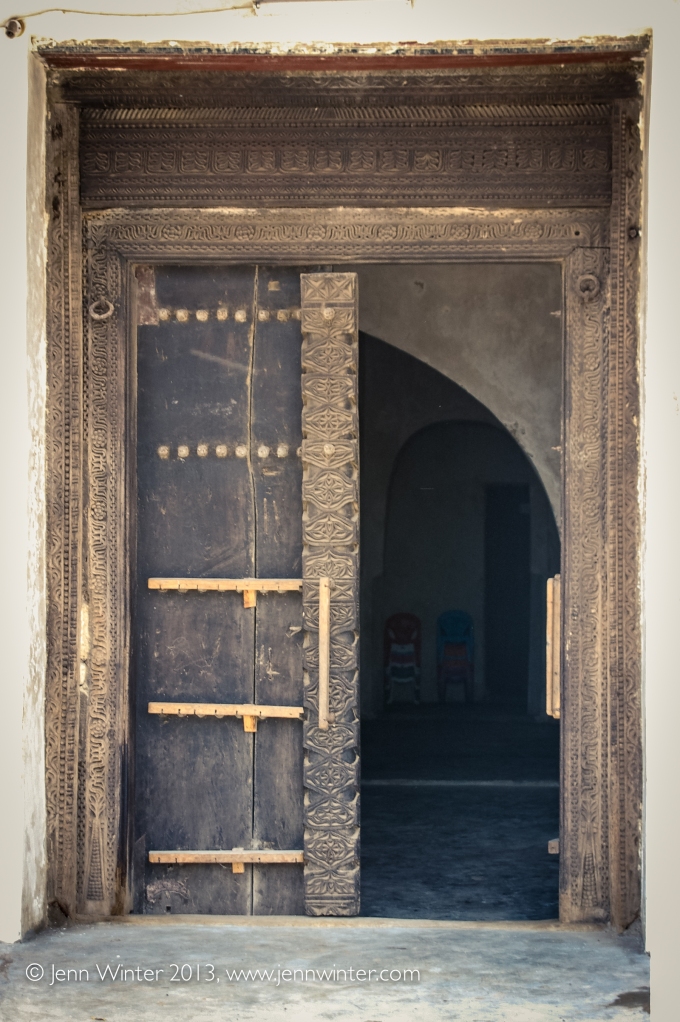 Muhammad was very proud of the number of Swahili doors on the island, as well as the condition in which they were in. Some of the doors were hundreds of years old but the fine craftsmanship of the carving had withstood the sun, rain and wind. These doors are a sign of wealth and prestige. And they are gorgeous.

Muhammad’s tour took us all around Stone Town, starting by the docks and ending on the roof of our guesthouse. The Chief indeed, he demanded respect wherever we went and, though a man of few words, was full of information on Lamu. He recommended a beach for that afternoon, a restaurant for lunch and introduced us to dhow crew that agreed to take us snorkeling the next day.

We took Muhammad’s recommendation for lunch and dined before walking along the shore to the beach that he had recommended. The beach was nice, the waters warm and the sand scalding. We walked along the beach at the shoreline, careful to keep our feet in the lapping waves. We relaxed for the afternoon – chatting, reading, napping, exploring – and denied a ride on a cart back to Stone Town, opting instead to walk along the beach again. I’m a lake girl, I don’t think about tides. But as we were relaxing the tide had moved in and we ended up wading much of the way back. Lesson learned. Still, I can think of worse ways to spend an afternoon than wading through the Indian Ocean on Lamu. 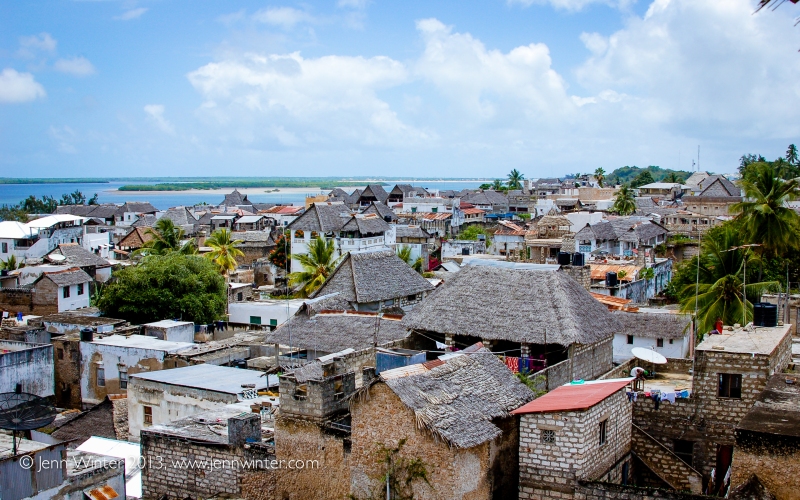 It’s been nearly seven years since I visited Lamu but the first thing I always think about when I think about that island is the day that we went snorkeling and how amazingly clear the water was. We met the crew of three at the dhow after breakfast and set out, sailing through the crystal waters to a reef about 90 minutes away. While the four of us snorkeled the dhow crew caught a red snapper, prepared it and served it along with coconut rice and grilled vegetables. As I marveled at the reef and all of the tropical fish (again, I’m a lake girl – this was my first real ocean snorkeling experience) I had no idea that my lunch was being prepared onboard. I handed my fins to one of the Muhammad’s, climbed the rope ladder back onto the boat and was shocked to see lunch hot and ready. Since that day, whenever I see red snapper on a menu, I order it in hopes that it will be half as delicious as it was on that dhow in Lamu, but I am constantly disappointed. 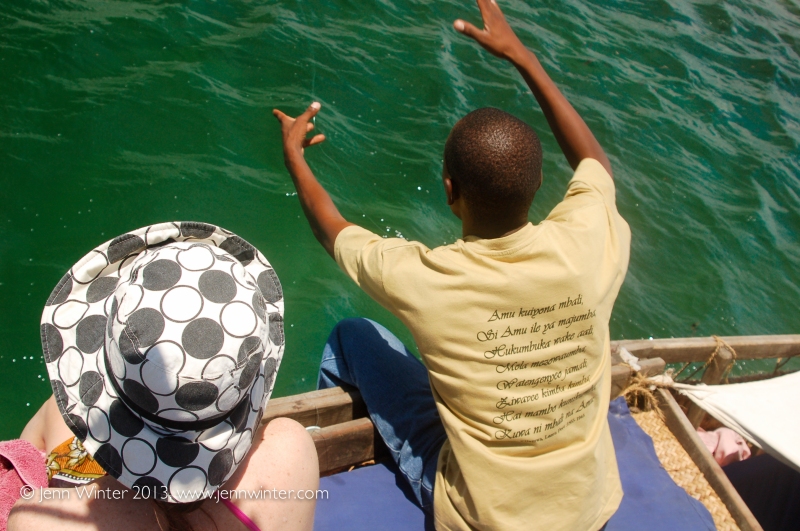 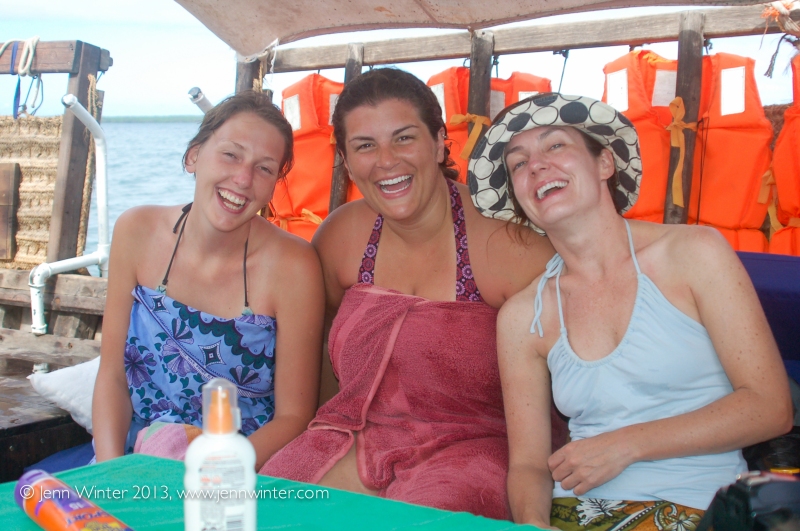 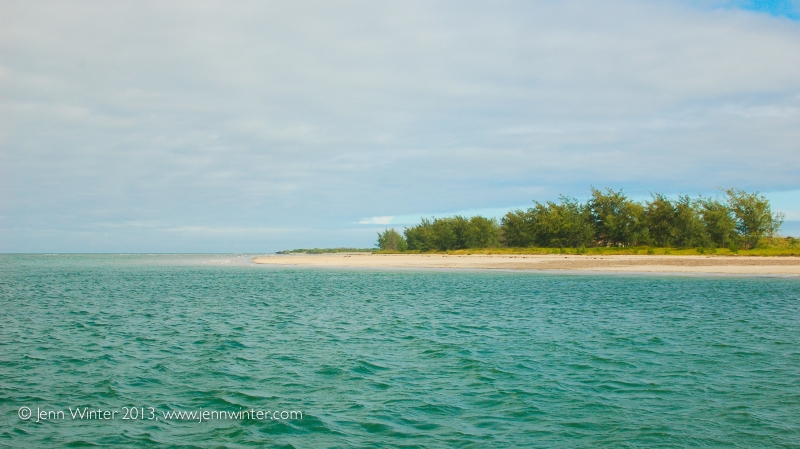 We slowly made our way back to Stone Town, the wind no longer in our favor. Muhammad, the bilingual one of the group, came to the bow and told us that before we got off the dhow, we would be given Swahili names. I don’t remember the others, Karen’s was funny, but my Swahili name is Mrembo. When I asked what it meant, Muhammad told me it means “pretty girl.” Mrembo. I liked it. I still do.

I don’t know if I realized it as it was happening but that day on the dhow will forever be remembered as nearly perfect. The fish, the laughter, the company, the beauty – I felt so far away from home but so completely in my element. I think that was the day I fell in love with travel. I’d always liked it, but I had never before experienced the power that travel can hold. It was like taking my first hit of a powerful drug and knowing from that moment that I would forever be addicted. I was young, I was wide-eyed and it took hold of me in a way I never expected it to. Ever since then, I constantly crave that euphoria – that realization of of being so far away, so surrounded by foreign in every sense of the word but so full of joy. 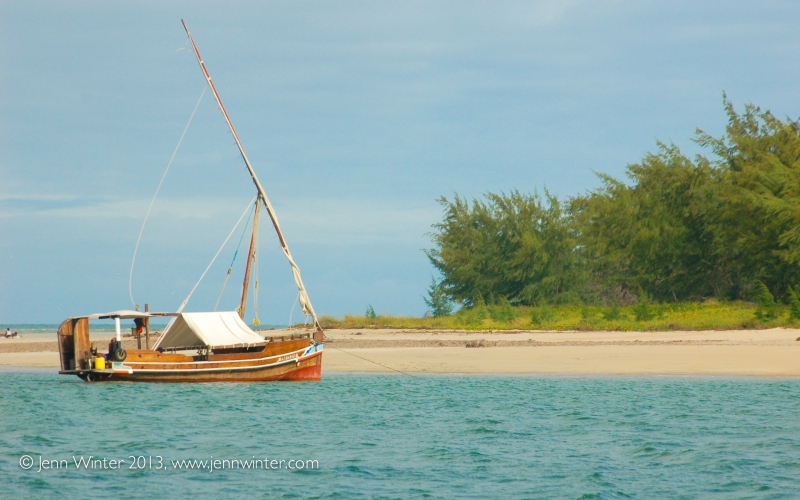